My Little ROCKSTAR in HOLLYWOOD 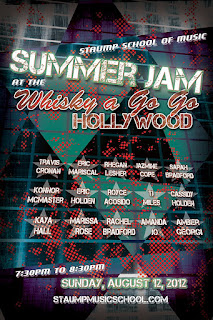 What kid gets to perform at a nightclub on the Sunset Strip in HOLLYWOOD? Mine did!! My son and his music school Staump Music School performed at Whisky a Go Go. Yes, the famous or should I say infamous Whisky a Go Go in Hollywood. It was the chance of a lifetime for some of these kids, some of their first performance at Whisky, and some their second time. An amazing performance by all the performers. As a part of the Jr Rock Camp this Summer, my son and 3 other kids ranging ages of 6-7 all participated in learning a to make music together.  When we were told the kids would be performing in Hollywood at the Whisky a Go Go we were all excited. My son had no clue where or what the Whisky was. He was too young to know the story and history behind the nightclub but when he heard "Hollywood" he was thrilled. He had been wanting to go to Hollywood from seeing it on TV. Months and weeks leading up to the big night Konnor was talking about it nonstop. He wanted to invite everyone we knew. He worked so hard to learn his part and took pride in practicing. The biggest thanks is to his drum teacher and mentor Wes aka WestheDrummerDude.
My son performed in two songs. He played the electric guitar in the 12 Bar Blues. Then played the drums performing "All the Small Things" by Blink182. He had been practicing the song for a few months and nailed it! He was so happy to be a part of the Jr. Rock Camp with the other youngsters of the school. Other boys his age who were also aspiring drummers and guitarists. 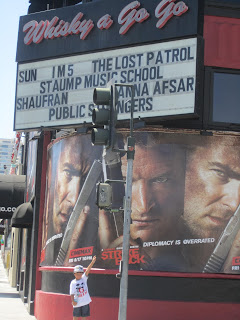 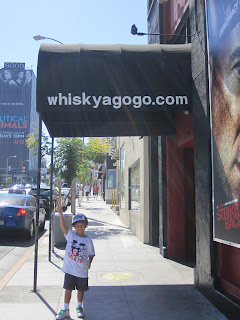 Watch the first performance by the Jr. Rock Camp boys performing the 12 bar blues. My son Konnor is on the electric guitar.


The second performance by the Jr. Rock Camp kids is "All the Small Things" with my son Konnor on the drums.


It was an amazing experience for my son especially. ALL of the kids did an amazing job and rocked it at the Whisky a Go Go! Check out more videos from Staump Music School on YouTube.