Today was my son Konnor's First Day of Kindergarten. It wasn't as difficult as we all thought it would be since he attended school (EAK early acceptance kindergarten) last year in the public school system. The Summer came and went and Konnor was excited to start school. Among all of our friends outside our district, the kids had already started school weeks ago. Konnor was excited to see who was going to be in his class and to see if any of his old friends from EAK would be in his class.
It wasn't the best weather today here in San Diego. It's all over the news that we are having "wacky weather". We had a day of odd, Florida or Hawaii like weather. Rain, thunderstorms, heat, muggy weather. Currently the sun is shining, but it's super hot. This morning we had to use an umbrella has we walked to Konnor's classroom from the car. He was already bummed he would not be having recess outside.
Being that Daddy was going to be out of town for the week of Konnor's first week of school, we went to his new school to take photos. 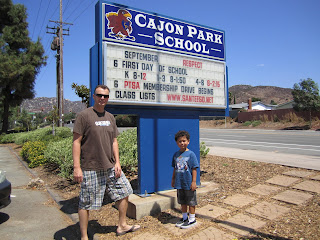 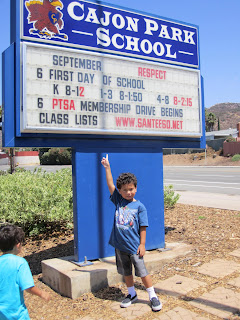 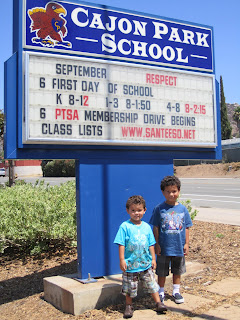 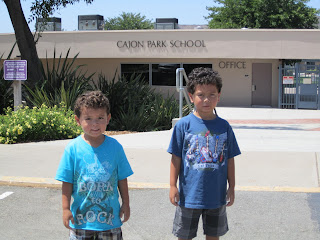 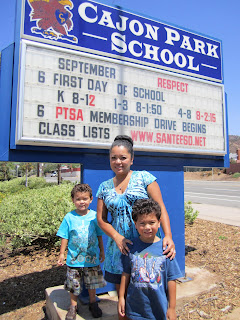 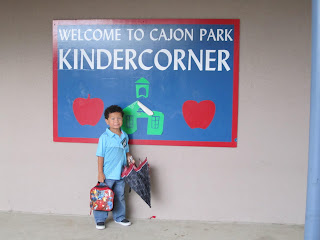 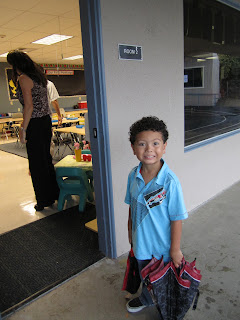 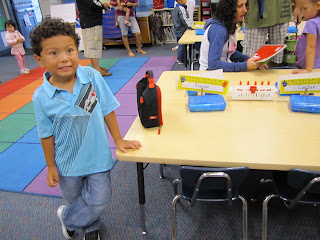 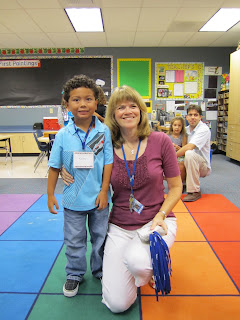 I held myself together and quietly walked out of the room. I knew how much my little one loved EAK and did so well so I wasn't too worried. He's a very smart boy and very well behaved at school. (Wish I could have that same behavior at home). When we went to pick him up after school he was the third kid to come out. His teacher handed him a green card. In hand he had a few projects he worked on today and the note from his teacher, "I had a GREEN day awarded for great behavior all day!" I asked him, "So how was your first day of Kindergarten?" He said, "It was the worst day ever." Of course, I know he could be a little dramatic, so I asked him why. "I have a lot of kids in my class that weren't behaving and that were being so noisy." I took his frustration and made light of the conversation.
If your kid(s) had their first day of school, did you get any comments from them? If so, please share.