Last week my kids decided they wanted to have movie night. While Daddy was at work, they had planned all day what we were going to watch, what they were going to say and even made tickets. During dinner we were given "movie tickets". After dinner before sitting down, we had our tickets collected as we listened to the speech from the workers of "McMaster City Theater" (they named it). The double feature was Justin Bieber's Never Say Never and Monster's Inc. Hubby and I sat through both movies, even though the kids and I had watched it for the umpteenth time. We had popcorn and were given the notice prior to the movie "Please turn off all cellphones. There will be no popcorn refills and no laptop or cellphone use in the theater."
One of the funniest things that happened was that I was on my cellphone checking messages and tweets every now and then, as well as Daddy on his work phone. We kept getting in trouble by the employees. Then I said, "I'm never coming to this movie theater again. They are rude." And my oldest son said, "Ma'am please do not say that, it is not nice." Then my little one asked a question and my oldest said, "You work here too...you can get it yourself."  It was just so funny and cute. They really played their roles.
Here are some photos of our night. 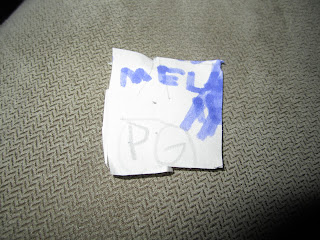 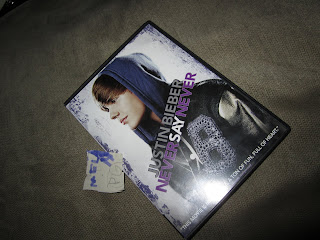 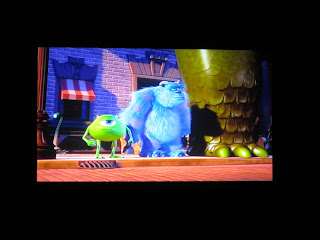 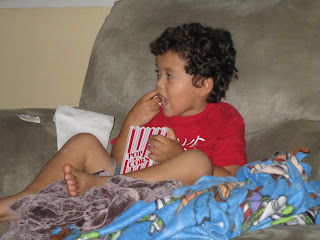 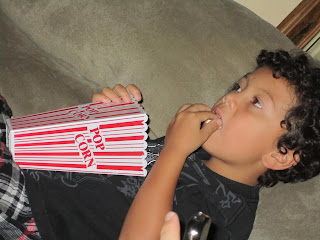 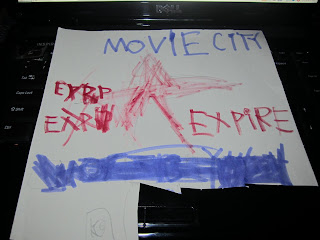 My boys love using their imaginations.