With all the super hype on the new Superhero movies that have come out in the past few months, my kids have become overly obsessed with Superheroes. They went from Elmo and Blues Clues to Toy Story obsessed then straight to Iron Man all within a year. It started with Iron Man and when my oldest son started to learn about other Marvel comic characters it was over! He wanted to throw out all his Toy Story toys and collectibles. Of course my youngest, who is 3 had to follow along and vote to let go of all the Toy Story memorabilia we had accumulated over the year. 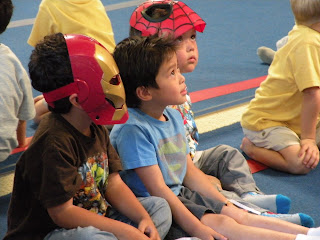 A few months ago, I saw on Facebook that KV was having a Superhero in training class at their Pacific Beach location. I immediately jumped and called them to reserve a spot for my boys and my nephew. (SUPEPRHERO OBSESSED FANS) I didn't tell them the surprise at all. I waited for the day of and they thought we were just going to KV for open play. They wondered why I had made them dress in their Superhero shirts, and bring their favorite Superhero mask. When we arrived, they heard me say we were there for the Superhero in Training class they were ecstactic! 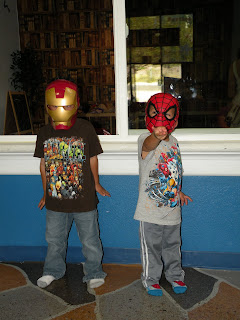 This was such a fun pleasing day for them. They were excited and really thought they were learning secret Superhero moves. We finished off the day and headed over to Burger King where they had THOR the movie items in their Kids Meal. The perfect way to end their Superhero Day. It really made their day. They had so much fun they kept thanking me the rest of the day. They were excited to go home and tell Daddy where they had gone and what they had learned. They were sure to tell him, “Superman told us not to try these at home.” (At least I know they were paying attention.)


We have new Superhero recruits that will soon be joining the next class. My boys' friends are also Superhero obsessed kids that wanted us to invite them for the next Superhero in Training class. We missed the last one in July, hopefully we can make it into the one this Friday!! 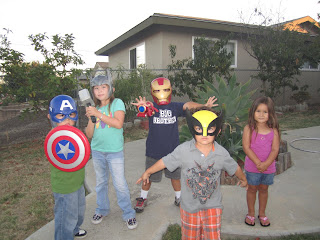 This is a day my kids will never forget. They've been to KV many times for open play and birthdays but SUPERHERO Training??  Thanks to KV for having such awesome night parties, themed classes and camps. It's such a great place for Moms to take their children. I've always relied on indoor playgrounds like KV because I see how much my kids love it. I've been taking my kids to Kid Ventures for since they opened a few years ago...even though we lived all the way in Temecula! =) Thanks again, we LOVE what you do!

The Superheroes in action! 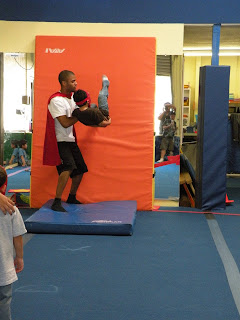 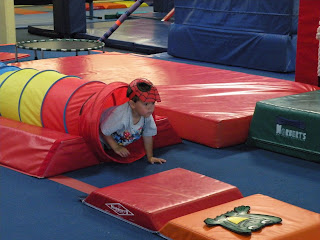 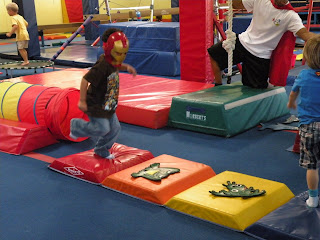 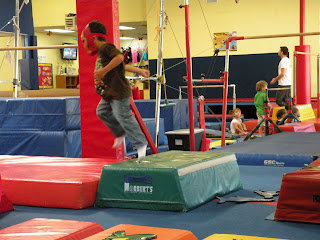 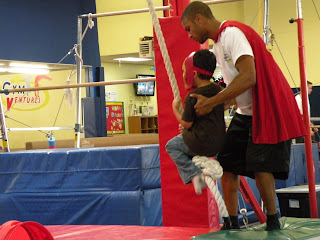 Have you been to Kid Ventures? What's your favorite, most memorable experience? Share with us in the comments below. I'd love to hear your stories.